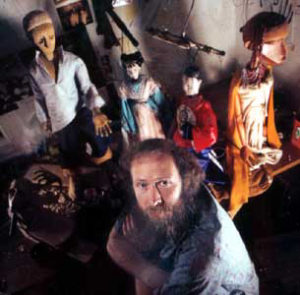 PuppetCraft was set up in 1990 by John Roberts, a master puppeteer.

PuppetCraft is one of Britain’s most acclaimed touring puppet troupes, presenting a wide range of shows and workshops to a spectrum of audiences, from children to families, and to adults. It is noted for a combination of beautifully crafted puppets with specially composed music.

Places where PuppetCraft has performed include:

“I consider the work of PuppetCraft to be of a very high quality and would recommend it without hesitation to any venue looking for exciting puppet-theatre.” Dartington Arts.
“A simple story, beautifully staged.” TimeOut.
“The whole piece has wit and charm, to delight both children and adults” Daily
Telegraph.
“Brilliant show – the audience was spellbound. The most magical puppet show I’ve ever seen – utterly transporting us into another world. Everything I could wish for adults and children.” Village Hall organiser.

Puppet Centre/Arts Council bursary to study the secrets of traditional puppetry
in China for 7 months.
Year of the Artist residency in rural villages.
Nominated for the Lawrence Olivier Awards for outstanding achievement.
Eight project grants from The Arts Council.

Learn more about our Team